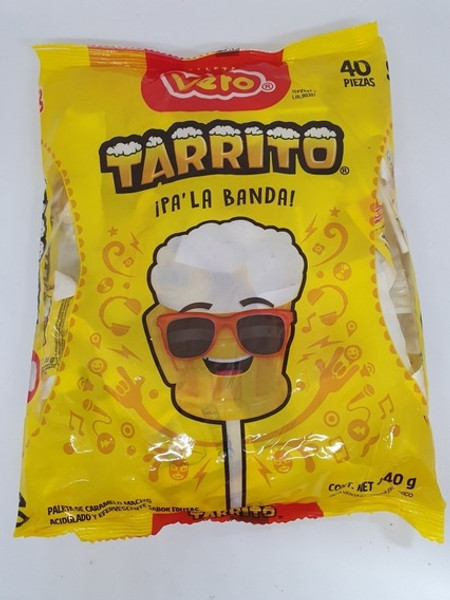 Dulces Vero  manufactures and markets confectionary products that include lollipops, candies, marshmallows, gummies, peanuts, and snacks in the Americas, Europe, Asia, and the Middle East. It sells its products through wholesalers and retailers. The company was founded in 1952 and is based in Guadalajara, Mexico. As of December 2, 2010, Dulces Vero, S.A. De C.V. operates as a subsidiary of Barcel S.A. De C.V.

Barcel is a maker of tortilla, potato chips and other confectionery and snack foods. It is a unit of Grupo Bimbo created in 1950. It is based in Lerma, Mexico. A different company with the same name, but operating in Chile, was acquired by PepsiCo in 1998. Grupo Bimbo was established in Mexico in 1945 by Lorenzo Servitje, Jose T. Mata, Jaime Sendra, and Jaime Jorba. Today it is the most important baking company in brand and trademark positioning, sales, and production volume around the world. The company became the world's largest bread manufacturing company in 2012, reporting $13.1 billion in sales. This was a steep increase from the $4.67 billion in sales in 2004. In Mexico and Latin America, the company is the market share leader, selling over 10,000 products under more than 103 household brands including: Bimbo, Marinela, Nutella, Sara Lee, Fargo, Lactal, Bimbo España, Silueta, Ortíz, Martínez, and Eagle.