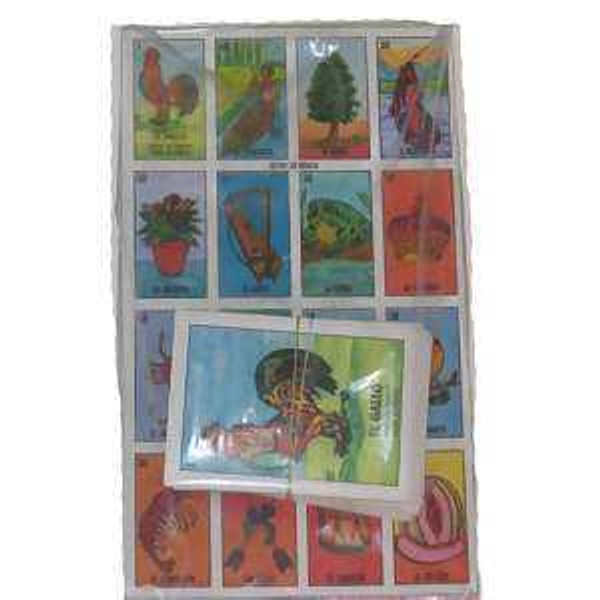 Lotería is a traditional game of chance, similar to bingo, using cards with images. Every image has a name and an assigned number, but the number is usually ignored. Each player has at least one tabla, a board with a randomly created 4 × 4 grid of pictures with their corresponding name and number. Players choose what tabla they want to play with, from a variety of previously created tablas. Each one presents a different selection of images.

Lotería is the Spanish word for lottery. The deck is composed of a set of 54 different images, each one in a card. To start the game, the caller (cantor, or singer) randomly selects a card from the deck and announces it to the players by its name, sometimes using a riddle or humorous patter instead of reading the card name. The players with a matching pictogram on their board mark it off with a chip or other kind of marker (many Mexican people traditionally use small rocks, crown corks or pinto beans as markers). The first player with four chips in a horizontal, vertical or diagonal row, squared pattern, any other previously specified pattern, or fills the tabla first shouts "¡Lotería!" (Lottery!) or "¡Buenas!" (Good!) and is the winner.